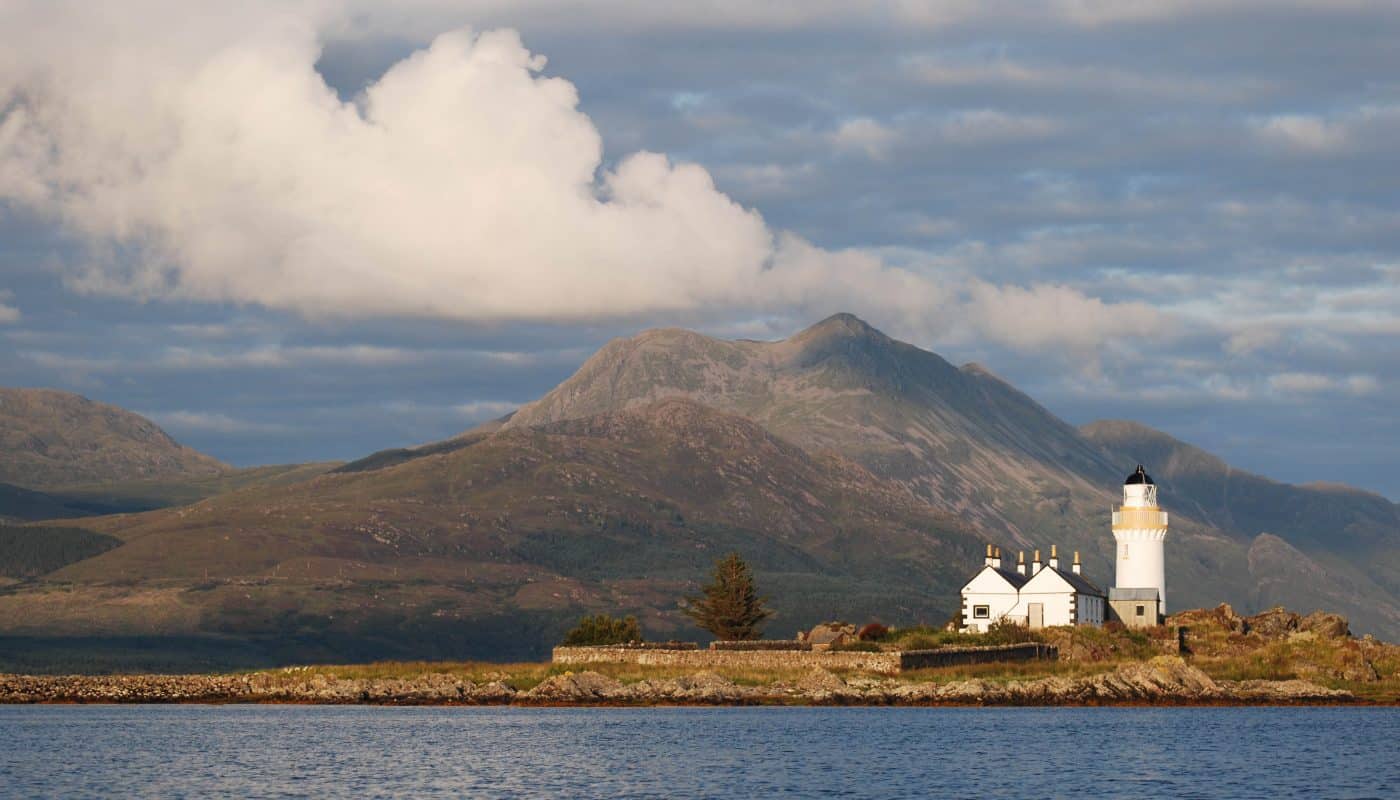 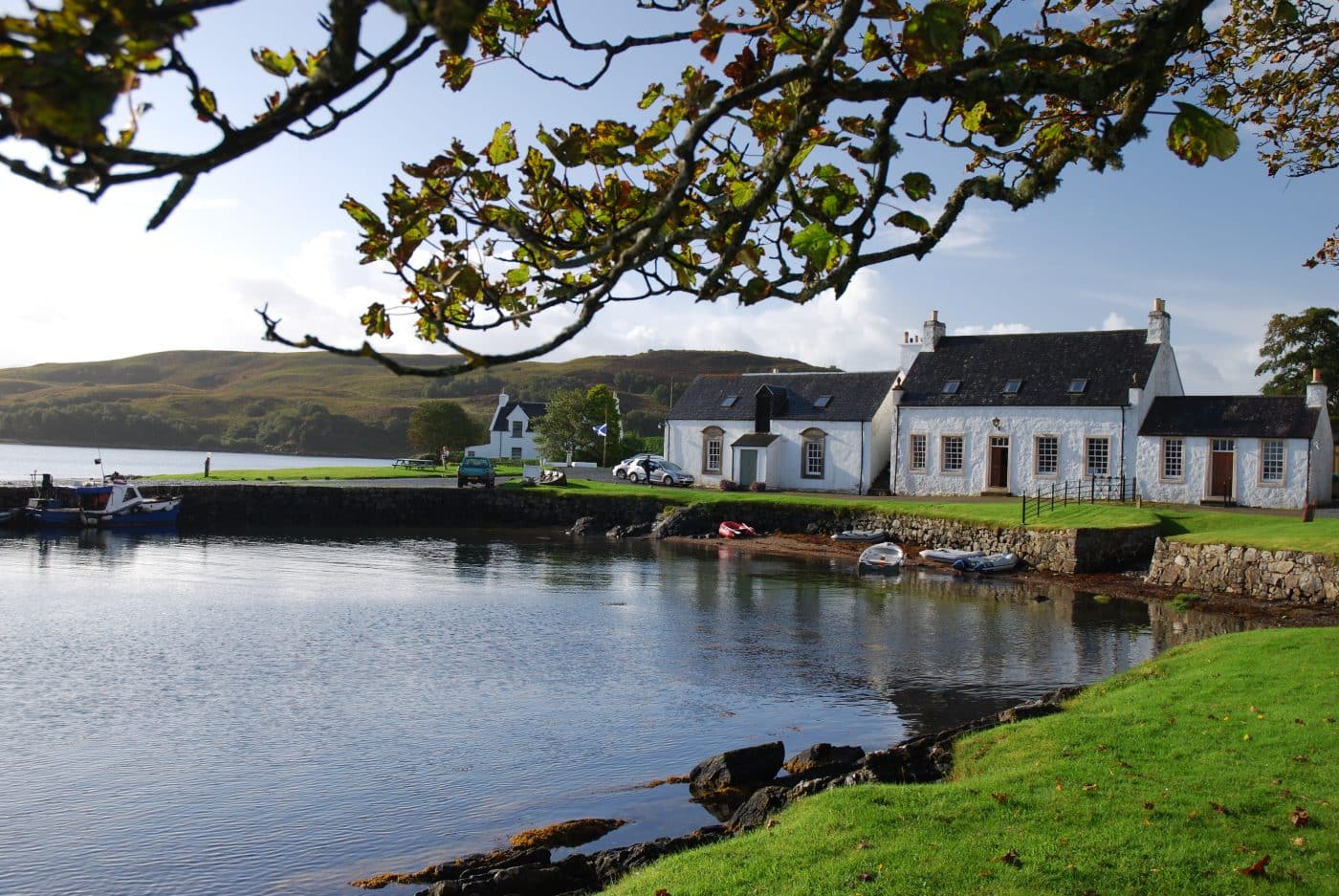 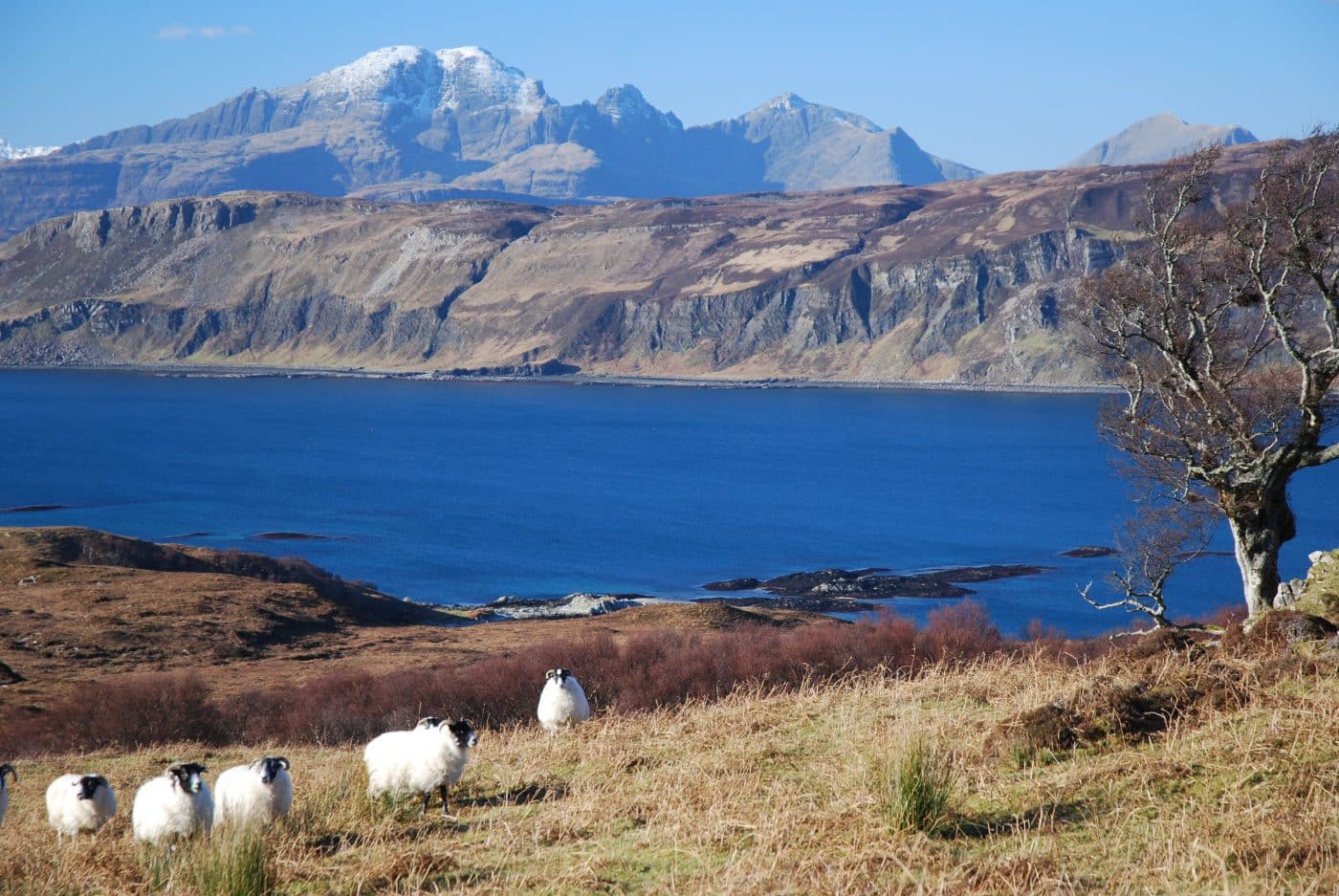 Pràban na Linne, producers of The Gaelic Whiskies, is a small niche whisky company on the Isle of Skye.  Focussing on quality, it remains one of the few independent businesses in the Scotch Whisky industry, and one of the few with its headquarters in the Scottish Hebrides.

The principal brands of the premium range of The Gaelic Whiskies are the Tè Bheag; an exceptional connoisseurs’ blend, with a high malt content aged in sherry casks, the MacNaMara classic; a lighter blend, also available finished in Guyanan rum casks; as well as the fine vatted malts of Poit Dhubh, bottled at 8 years and 12 years, with a 21 year old to satisfy the most epicurean tastes.

The Gaelic Whiskies continue to be awarded international medals in recognition of their outstanding quality.

Founded in 1976, by the Scottish entrepreneur Sir Iain Noble, The Gaelic Whiskies were initially developed to provide authentic whisky, of quality, for the connoisseurs of the Gaelic speaking Hebridean Islands of Scotland.

The premium range was designed and developed with the names of the whiskies reflecting the rich linguistic and cultural heritage of Scottish Gaelic.

Pràban na Linne is the expression used in Gaelic to describe a “small smugglers’ enterprise on the Sound of Sleat”, and The Gaelic Whiskies’ shop and headquarters are located on the idyllic Sleat peninsula, by the historic stone pier of Eilean Iarmain, with spectacular views overlooking the water of the Sound towards the far hills of mainland Knoydart.

The Gaelic Whiskies have gained an international recognition and are widely respected by discerning connoisseurs. 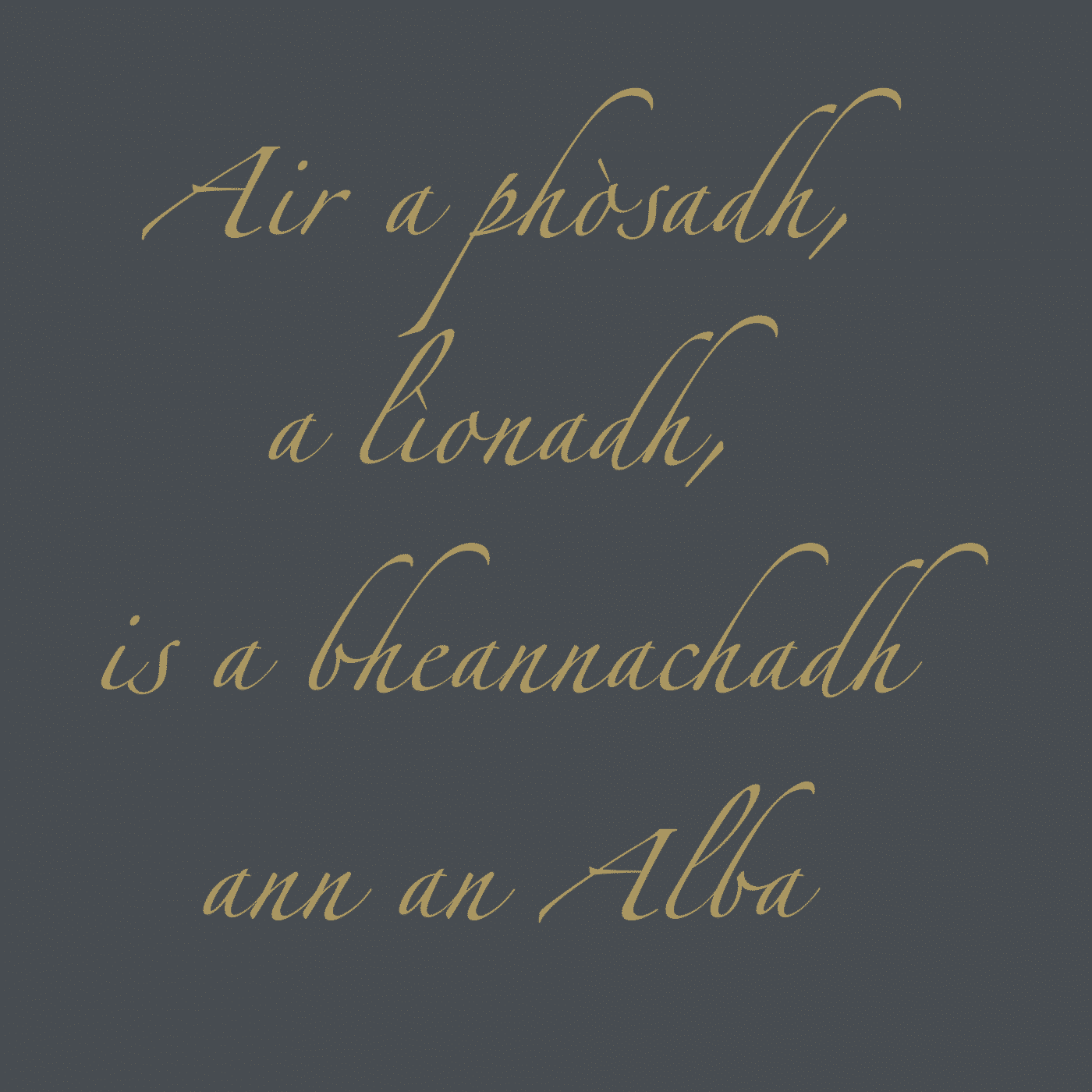 Pràban na Linne, producers of The Gaelic Whiskies, was founded on the Isle of Skye in 1976, by the renowned Scottish entrepreneur Sir Iain Noble in order to create employment and career opportunities on the Isle of Skye, as well as to supply an authentic whisky, of quality, for the connoisseurs of the Gaelic speaking Hebridean Islands of Scotland.
The historic and appealing association of whisky and Gaelic was well appreciated by Sir Iain. In his inimitable recounting of the colourful tales and associated legends of illicit whisky-making, he entertained and enlightened in equal measure.
His memorable stories and anecdotes portraying the reverence and esteem in which the smugglers’ whiskies were traditionally held, and the fabled reputation that they enjoyed!
He would emphasise this by adding that when Queen Victoria was at Balmoral she would always ensure that a good reliable supply of illicit or “local” whisky was available!

Sir Iain Noble, one of Scotland’s most far-sighted and influential entrepreneurs and the most innovative businessman of his generation, was a man of remarkable vision.  Believing passionately in Scotland’s potential to be a world leader in business, and through his innovative and pioneering enterprises, he was instrumental in establishing Edinburgh as one of Europe’s financial centres.

Sir Iain’s indomitable and intrepid spirit played a key role in not only raising the profile of Scotland in the world of business but also imparting an inspiration to a younger generation.

On the Isle of Skye, as part of his initiatives to bring a greater understanding and appreciation of Scotland’s Gaelic heritage and its key relevance in economic development, Sir Iain established the Gaelic College of Sabhal Mòr Ostaig in 1973. Today, Sabhal Mòr Ostaig, the Gaelic University College of Scotland, recognised internationally as the National Centre for Gaelic Language and Culture, is an academic partner of the University of the Highlands and Islands and a multi-million pound complex, unique in offering further education through the medium of Scottish Gaelic.

In recognition of his contribution to the revival of the Gaelic language and his achievements in supporting and investing in the linguistic and cultural heritage of Gaelic, he was appointed OBE, receiving the award from Her Majesty the Queen at Holyrood Palace in 1989.

A Scotsman whose legacy will often be celebrated with a good Gaelic dram! 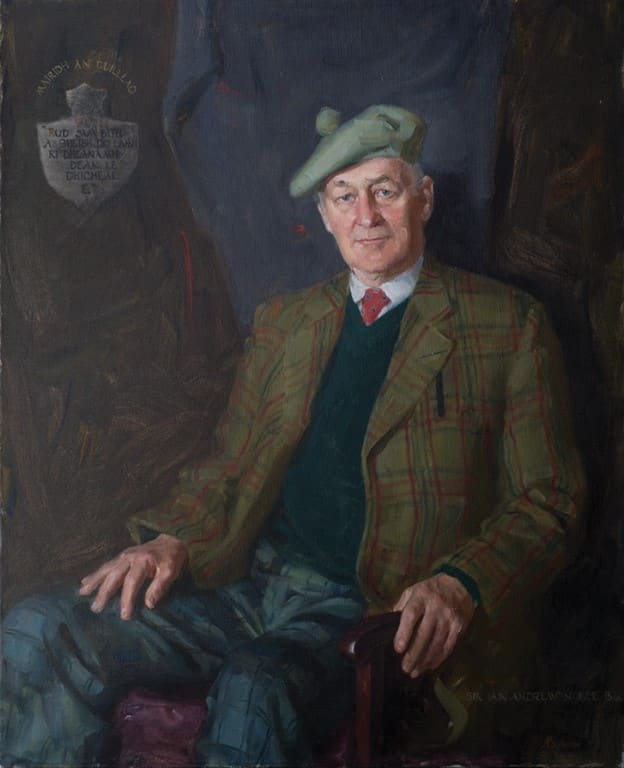 Capturing the Spirit of the Hebrides 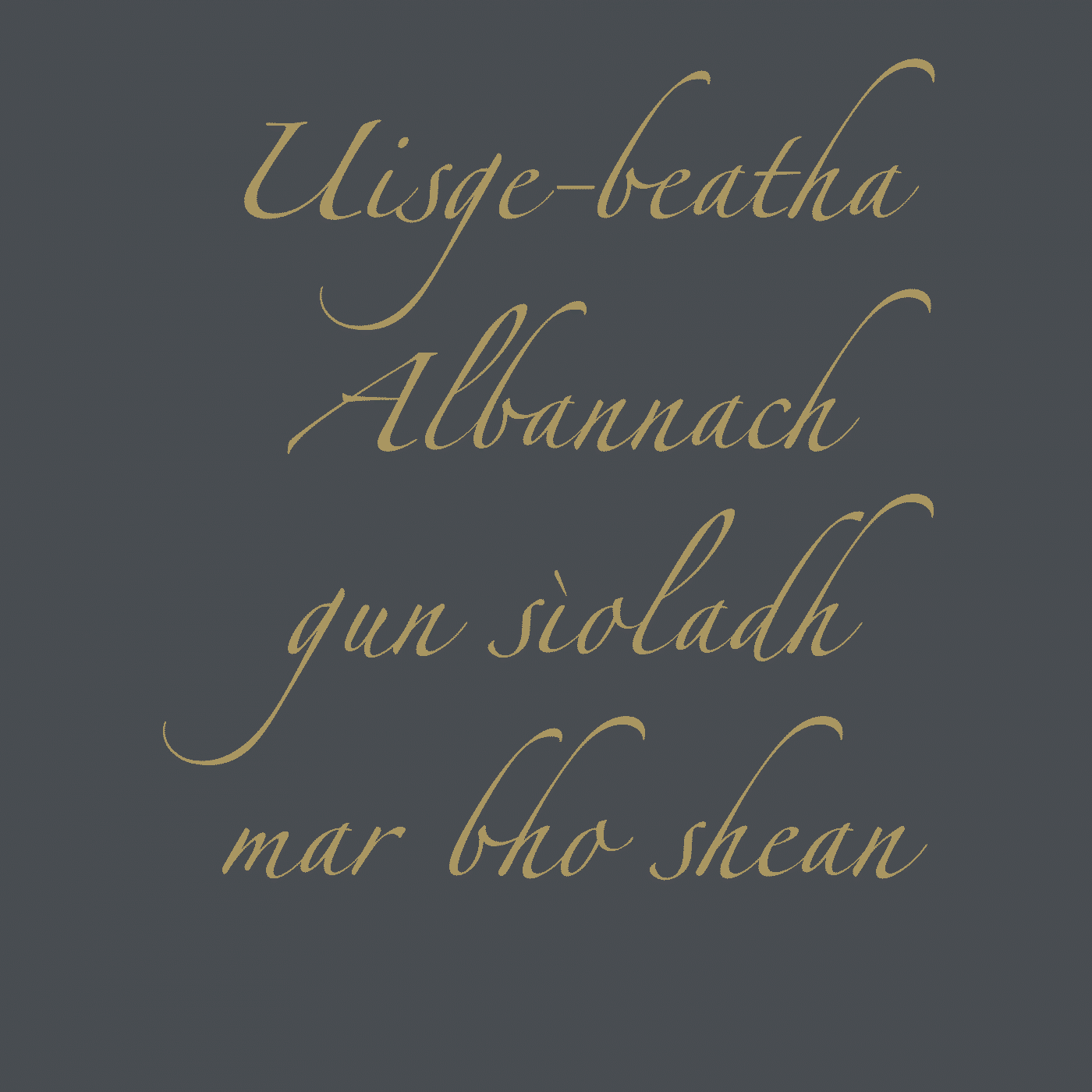 The Gaelic Whiskies were designed and developed by Sir Iain Noble, with the names of the whiskies reflecting the rich linguistic and cultural heritage of Scottish Gaelic.
Tè Bheag, the original flagship whisky of the company, is the colloquial and affectionate expression used in Gaelic when requesting “a wee dram”.
Poit Dhubh, named after the Gaelic term for an illicit still, celebrates the illustrious tradition of illicit whisky making and the smugglers’ skills that earned them a legendary reputation throughout the Gaeltachd of the Highlands and Islands of Scotland. The Poit Dhubh, or illicit still, reputed to be the source of some of the most respected whiskies, held in high regard by connoisseurs of discerning taste.
MacNaMara signifies in Gaelic “the Son of the Sea”, echoing the ancient maritime tradition of the Hebridean Islands of Scotland and their historic association with the Celtic Sea Kingdom that dominated the great seafaring routes from the Isle of Man to the Isle of Lewis from Medieval times until well into the 16th century. 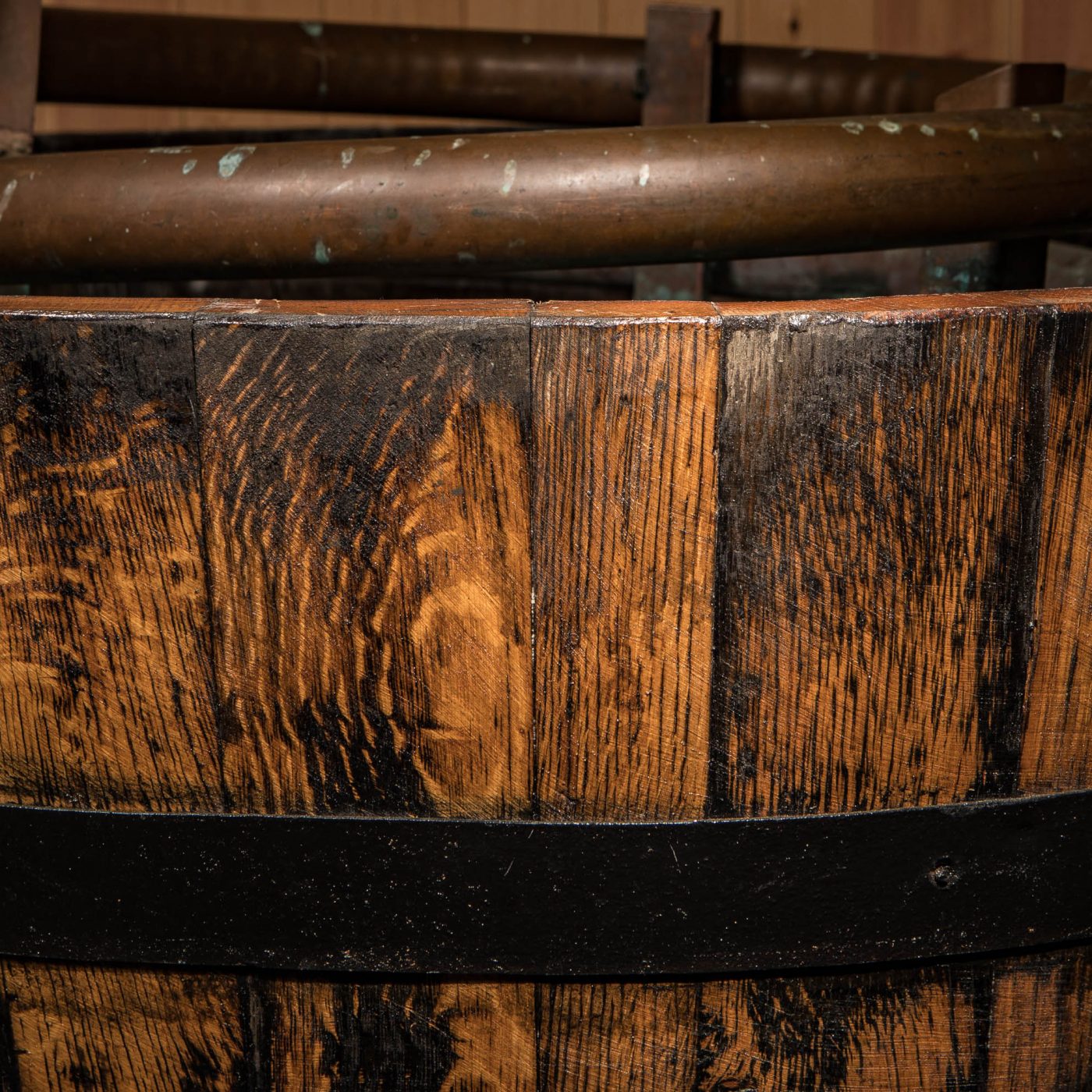 In pursuit of optimum quality and historical authenticity, Sir Iain was an early advocate of unchilled and unfiltered whisky.
Pràban na Linne was one of the first companies to market traditional unchilfiltered whisky, which in keeping with the custom of old and following the best of whisky-making traditions, ensures a whisky of exceptionally soft and smooth character with a long lingering finish, acclaimed by connoisseurs worldwide.

We’d love you to visit us for a tasting at Eilean Iarmain.

Bliadhna mhath ùr from all the team at Gaelic Whiskies and Gaelic Gins!
We still have a fault on our telephone - please contact us on 01471 833 266 or via email.